Earlier this morning we all lost a legend...love him or not he left a  lasting impact on all those he met. Bandido Billy De 1%er (William Hunter) passed away May 11, 2021.

Billy De was married to the love of his life, Barb, for 37 years.  Together they were heavily involved in the Spanaway Speedway scene with Billy De driving cars #11 & #1. Billy De was well connected with the speedway meeting so many along the way.   They set up H.A.R.T. Racing which rented out race cars to people who had never raced before and wanted to give it a try.  He owned a Sports card & memorabilia shop in Spanaway and a few Used Car lots also. Billy De was a longtime member of the Bandidos MC.  His love for his brothers was unquestionable and ran deep.  He would do anything for them and they in-turn were by his and Barbs side until the end. Billy De restarted the Abate of Washington, Spanaway Chapter in 2012 and grew it to over 400 members.  He and Barb also volunteered for Abate of Washington and traveled around the state talking with other chapters, giving them ideas on how to increase their membership and promoting what Abate was all about. Billy De volunteered for B.A.S.H. for many years and did his best to make sure anyone who needed food, received it.  He loved helping out seniors and those less fortunate...his giving heart was almost as big as his smile. Billy De loved to travel and spending time with friends.  He cherished the last few road trips with Barb, Rock & Libbie, Camping it up in the RV whether it be to Texas or Montana for his brothers or visiting the Grand Canyon and ghost towns. 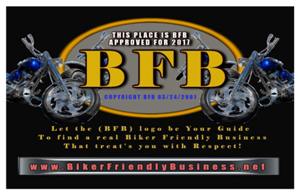